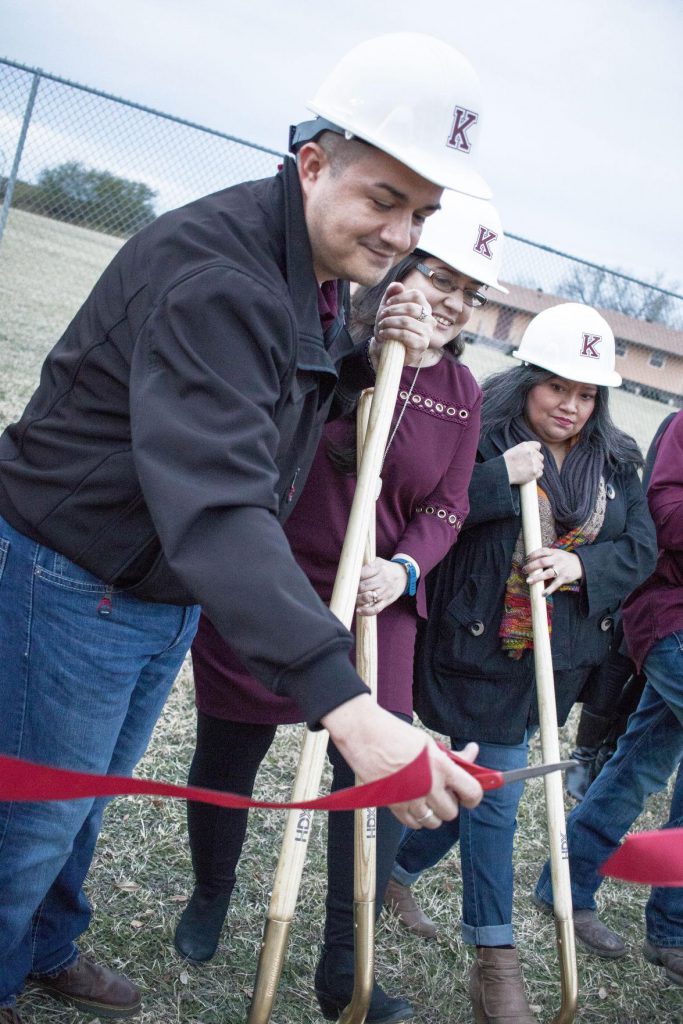 KENEDY ­– The Kenedy school district is getting started on some of its Proposition A construction projects from the $17 million school bond that passed last year.

The district broke ground on its first project last Wednesday, as it prepares to build out the new tennis courts between the high school and the administrative offices.

“This tennis facility is going to be really exciting. It’s going to be four tennis courts that are lit with LED lighting and concession stands and storage areas,” said Dan Haubt, AGCM construction manager.

“We’re really excited about it. We thank the community and the board for allowing us the opportunity to help you get this rolling and completed.”

This is just the first in a series of projects planned for Proposition A.

In addition, the district has plans to spend $9.9 million on repurposing the old middle school into Kenedy ISD administrative offices, community classrooms, a Coastal Bend College remote site and Trane Center of Excellence, along with other renovations.

The district also plans to use $4.3 million to renovate the elementary school, which includes replacing and insulating the roof and other code-required upgrades.

The high school will receive $600,000 in renovations, such as converting the woodshop area of Dumont Gym into a classroom, updating the band hall and science classrooms and upgrading the gymnasium.